We have a 501c3 side- Beter Credit ed which is our non-profit/human side of the company. Purely ran on human kindness, volunteering hours & simply good hearts we help senior citizens resolve their consumer-related issues, avoid scam, help set access to public benefits, and help with understanding all the mail they receive. But we don’t show up empty-handed every Sunday we come with a truckload of produce to make a nice brunch. Because it’s not just that Fico score that matters it is the Soul score of a person that counts the most!

What’s your Soul score? Need to improve? Sign up to volunteer with us now!

C.A.R.E.’s mission is to find good, permanent homes for dogs that were abandoned, relinquished, or never reclaimed dogs. C.A.R.E. provides temporary shelter, food, love, and medical care to these foster dogs and puppies until they are placed. In order to promote the reduction of pet overpopulation and euthanasia, C.A.R.E. spays or neuters all of its foster dogs. Our purpose is to educate the public on pet ownership and responsibility.

We are Proud Sponsors Of 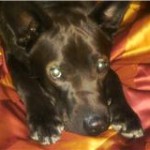 Onyx is our 3-year-old male, mixed sharpey with a black lab. He came to ZAR in October of 2009, from a city pound in Vegas, where he was scheduled to be euthanized. He was the perfect candidate to be put down since he was almost blind, his skull was cracked due to abuse what looked like with a baseball bat. He might have had some brain damage, his right ear was droopy and swollen at the base, and judging by the burns and scabs on his body he suffered some burning to his skin.

His’ is not really a unique story in animal rescue, but he is possibly the sweetest creature I’ve ever encountered – especially after what he’s been through, I’m surprised he still trusts people. He’s so innocent that I’m sure he thought he must have been a bad boy and deserved to be punished.  He has ZERO aggression, and actually adores any type of human interaction. He also lacks the ability to frown. What I mean is that from the moment he wakes to the time he goes to bed at night, he has the most genuine beaming smile with his perfect white teeth which regrew and his big brown eyes are hard to ignore.

Also, he loves to play with other dogs after he has the opportunity to meet them. When a person or canine that he knows enters his room, he immediately starts to buck like a deer, twirl, and frolic like a puppy. We had a volunteer who had a death in the family, who relied on playing with Onyx every day, he called him a lifesaver.  Onyx would probably qualify to be a perfect therapy dog.

Onyx’s story has a happy ending thanks to people like you supporting ZAR & carepets.org, we were able to rescue and treat him for his injuries. It is important to remember that Onyx is one of many animals who fall victim to abuse at the hands of humans.  Why do we do this to someone who has the ability to love unconditionally, are we jealous of that trait?  Violence doesn’t solve any problems, it only creates more and leaves you with the guilt whether you admit it or not.  Life is full of choices and chances to make it right, live in the moment, and do a little good at least one dog at a time.  On behalf of Onyx, Carepets & ZAR rescues THANK YOU! 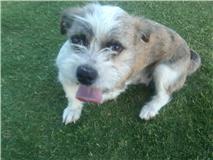 Born in summer 2002.  In 2010, When I went to AZ to visit my mom, this dog had been running around in the neighborhood for a couple of weeks now.  Since it’s a senior community and this dog was very friendly nobody dared to call animal control hoping that the owner would find her.  She would run to anyone in the neighborhood on her 3 legs, or walk on her hind legs and sit straight up saying hello.  That’s how she got food and water there handicap begging.  Then she’d sleep under the trees or on the grass anywhere she could find.  Everyone loved her but didn’t want to take her in as she was a very ugly looking dog, smelled bad, and was dirty.  This dog followed me for a couple of days, then I bathed and brushed her, I even put bows, hoping that someone would adopt her, but it didn’t happen.  So I took Tripod with me to Vegas where we found her a good home in Southern Highlands with a kid with special needs, He adores his dog Tripod who’s as special and loving as he is. 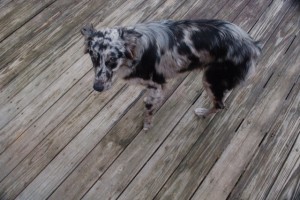 This guy is Buddy– He is estimated to be between 6 and 8 months old and was picked up by Z.A.R. at the beginning of June 2012.  His story is sad indeed. Buddy was found in Whitebluff, TN, chained to a tree in the front yard of a recently vacated house. A neighbor found him with barely enough food and water to sustain him for two days, and a sign nailed to the tree he was chained to “ WE
MOVED  FREE DOG” The cruelty of humans is astounding.  Buddy was mildly malnourished and needed to be cleaned up a bit as well as treated for fleas, ticks, and worms.  He also needed to be neutered.  Currently one of our fosters is caring for him. Buddy is such an amazing pup. He is full of energy and is an absolute sweetheart.